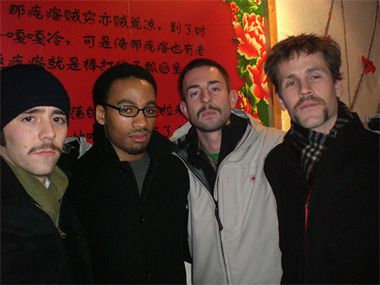 For the love of God, I need to take a break from talking about visas. And since it’s long overdue, may I announce that 2007 is officially the Year of the Stache.

Back in December, when a bunch of us were out singing karaoke on a random Tuesday night, we came up with the idea to do something special for the new year. And that something wound up being growing mustaches. 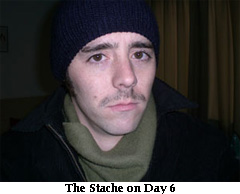 Originally it was to be a contest with a monetary prize. But a lot of folks chickened out and so it became clear that there wasn’t enough mass to create a worthy pot. So instead, it’s just all about the pride. It began with me, Turley, Michael, and Coley. Since Coley dropped out we have added Dan and Imani to our ranks. And there are some great statements of facial flair coming out of this endeavor.

Check out the full Year of the Stache gallery.